Internet Is Indispensable, What About Landline? 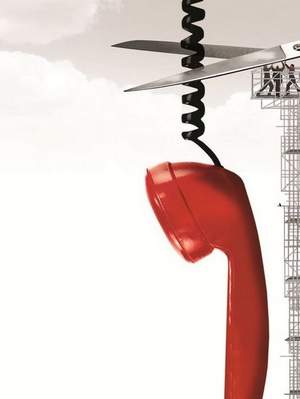 If you ask 100 random people if they have access to the internet at home, work, or on mobile, the answer would certainly be in the positive for all 100 of them. Many of us have a love-hate relationship with technology and the internet, but one thing is for sure, we all cannot seem to survive a day without it.

In a recent survey made by Ofcom, they have made a conclusion about the buying habits of consumers online and it revealed just how devoted to technology most people have become. One of the leading functions of your mobile phone is sending and receiving SMS messages.

In the same study by Ofcom, they have stated that some seventy percent (70%) of the young people, those aged 16 to 24, consider being able to use mobile phone for texting as something very important for them. This figure falls to about a mere six percent of the UK population. Others have found another use for their mobile phones, and this is surfing the web.

Internet access thru the mobile phone was regarded an all time essential by almost 50% percent of UK’s young people, a quarter of UK’s general population, but no one over 75 years old. Mobile internet without home phone or with the aid of a mobile device is rendered important by about 40% percent of the people in the UK today.

On the contrary, some 60% percent of the age group 16 to 24 says that using their mobile for phone calls is the next most popular use of the device. While, some 17% percent of those over 75 years agree to this. 46% percent of the overall UK population seconded.

Consequently, it has been said that using a mobile to call and text are the main habit of the younger generation, while the old-fashioned landline is still highly preferred by the more mature or elderly segment of the population. With 61% percent of those over 75 age group prefer voice calls on a landline as compared to those that comprise 12% percent who are mainly younger who like making calls over the mobile phone.

There is only 45% percent of those surveyed who said they have made some cut backs on other luxuries and some 36% percent retorted that they still opt for cheaper goods and services.

With the market is fast becoming geared towards the young, we can’t all help but wonder as to the future of the old trusty landline. Will it still remain a useful communication tool in ten more years, or will it be soon put to rest?

Considering the latest technologies that back-up the existence of the traditional landline, it is far too early to tell. One thing is for sure though, if there are still businesses and households that still opt to use landline for their day to day interactions, for sure the landline will remain an indispensable communications tool for several more years to come.

Posts related to Internet Is Indispensable, What About Landline?