Microsoft Is Putting To Rest Nokia & All of Their Budget Phones 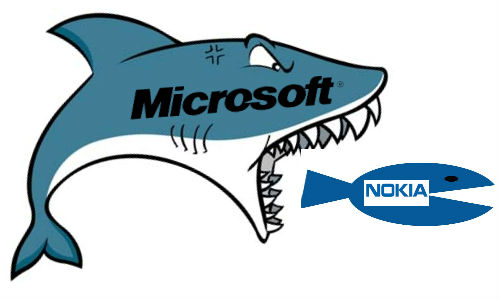 First time mobile phone owners and users will seem to have lesser and lesser options to choose from these days. There is a also a great likelihood that many of them will go grab the first cheap and low end Android business mobile phone plans they will come across in the market today.

Microsoft is one of the leading companies that is undergoing a tough meltdown nowadays. Soon after they announced that they will eliminate some eighteen thousand jobs and bid goodbye to the Nokia X Android smartphone line, an internal memo leaked and is currently doing the rounds in the rumor mills. Microsoft is axing the Nokia Asha Series 40 mobile phones as well as the rest of their budget devices.

Even though the termination of the Android ran Nokia X line was at first expected, the untimely demise of Nokia’s very lucrative entry level smartphone together with its budget phones series is definitely unprecedented. Budget handsets are the very foundation of the Nokia business mobile phone plans and exactly what kept them afloat in times of widespread economic crunch. With the current action of Microsoft, it can be gleaned that Microsoft wishes to scale back on the mass production of budget mobile phones and focus more on the creation of a more high end Windows mobile phone devices.

The internal memo that has leaked stated that the Microsoft company will scale back the manufacture of the Nokia Asha series along with the other Series 40 budget mobile phones.

They will do this in order to focus on the growing momentum behind the Windows Phone as they plan to as soon as possible ramp down the developer engagement activities that pertain to Nokia X, Asha, and Series 40 apps and instead add emphasis on maintenance mode. Microsoft is committed to supporting their existing mobile phone customers and will make sure their proper operations are planned and that their controlled shutdown of services will happen in the next eighteen months. They even further stated the mobile phone related services are intended to go on maintenance mode, effective immediately. This only means that there will be no longer new features, or updates to the existing services on any existing mobile phone platforms that Microsoft has initially created.

Moreover, the same internal memo stated that they are considering strategic options for Xpress Browser to pursue the continuation of the service outside of Microsoft. Although it means cutting back on a lot of areas, Microsoft said it is committed to supporting their present customers.

Despite the many promises of Microsoft, the putting off of all entry level Nokia phones will for a fact hardly hit the budget market real hard. First time mobile phone users will have a much lesser option to choose from and consumers will have no other option but to opt for the low end Android business mobile phone plans in the market. Unless of course, if Microsoft will later on decide to keep their prices at a minimum for all of their other Windows Phone mobile devices. Nokia’s future as of now is looking very bleak and only Microsoft can salvage it from going to oblivion.